Linux users wanting to get Audio in and/or out of their GNU Radio application, but are having problems.

The GNU Radio Audio sink and source use ALSA (unless ALSA support was disabled during build time). ALSA has been the standard sound API under Linux for a decade or so, so basically all programs that produce Audio know how to deal with it, or use a sound server like PulseAudio that takes care of dealing with all the low-level details for the application.

PulseAudio itself also provides a "fake" ALSA device, so to make ALSA applications talk to PulseAudio instead of directly with the hardware driver, allowing one central volume control etc.

However, PulseAudio's device isn't always perfect. PulseAudio is internally capable of resampling, but the results aren't always predictable. For GNU Radio applications, it's often desirable to know the raw device.

You can figure out the playback devices using the aplay program, that usually ships with modern linux distributions:

here, using somethig like front or sysdefault in the Audio Sink's "Device" property makes a lot of sense.

Monitoring the output of your system

Users wanting to process what the Sound system currently is producing

ALSA is badly documented, and PulseAudio is mainly documented through fragmented Wiki Entries, mainly done by the ArchLinux community.

PulseAudio has its own monitor "ports"; you can list all PulseAudio endpoints by running

We want to find monitors. Because we're too lazy to read through the nautic mile of output that pactl list produces:

Will give you one or more lines containing something like

Select the right name; assuming we use the analog output, the second line would be the right.

Now, we need to edit (and create, if it doesn't already exist) ~/.asoundrc.
Add

of course, replacing the device name with the correct one from the last step. 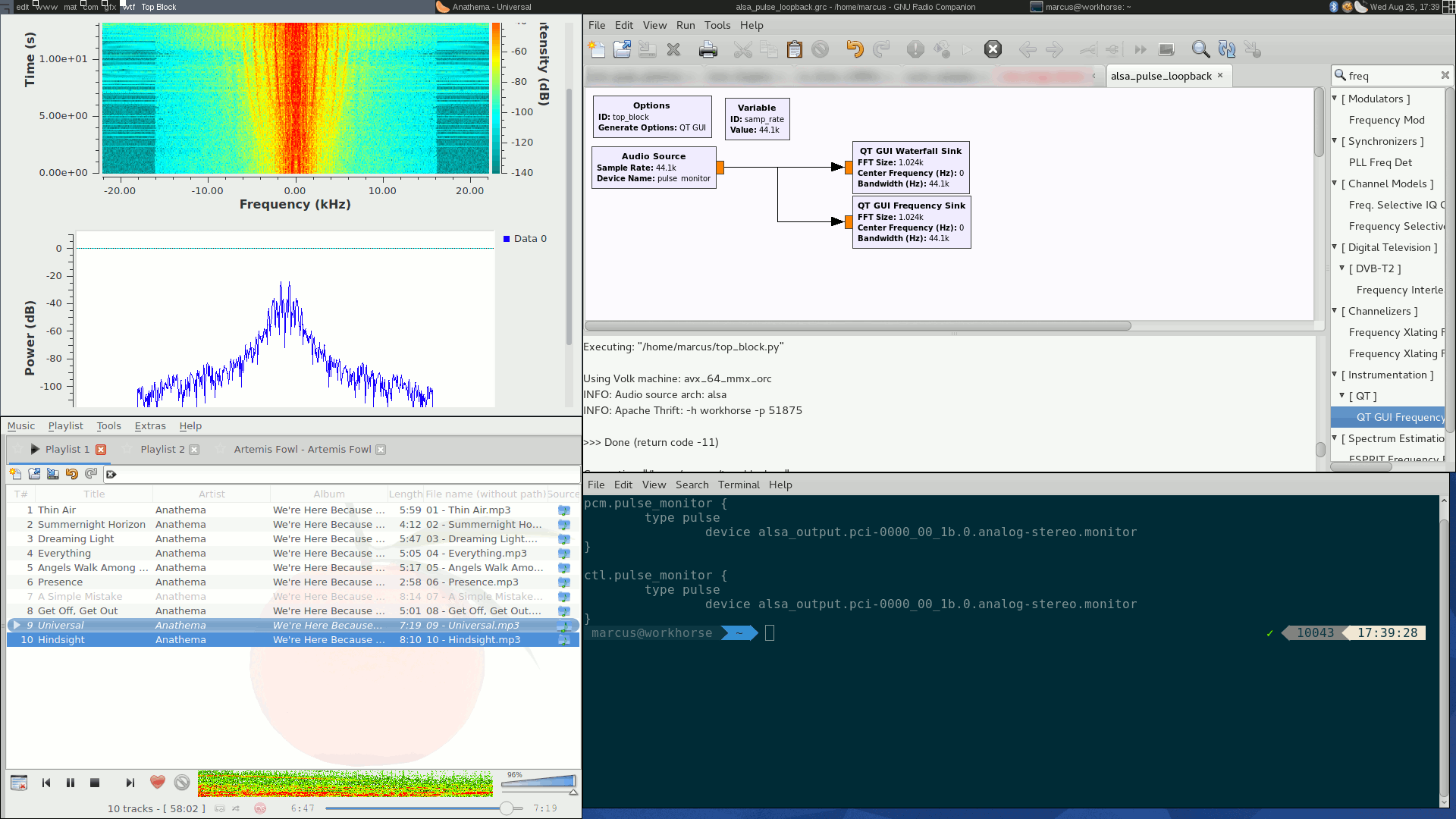