Difference between revisions of "GNURadio@theATA"

The Allen Telescope Array (ATA) is a 42-element radio telescope array located in Hat Creek, California, operated jointly by SETI Institute and UC Berkeley SETI Research Center. In an effort to increase accessibility to the array among potential users outside the astronomy community, we are working to integrate the array into GNU Radio software. We plan to start out by connecting USRPs to two ATA antennas and developing control, backend, and beamformer software. In addition to this, we are using a discone antenna connected to a USRP and OmniSig software to analyze radio frequency interference (RFI) at the ATA site.

Useful info about the ATA and friends:

In May 2019, the first step toward collaboration between the GNU Radio community, the ATA, SETI Institute, Breakthrough Listen, and Berkeley SETI communities consisted of a hackathon hosted at the Hat Creek Radio Observatory (home of the ATA). This culminated in, among other things, the development of a GNU Radio module called gr-ata.

Assuming you are connected to the ATA gnuradio vpn server, you can use PUTTY to connect to gnuradio1 or gnuradio0 machine:

Setting up the software

The first step in implementing GNU Radio with the ATA is ensuring that we can effectively play back previously-recorded SigMF files taken by the ATA in a GNU Radio flowgraph. We can do this using example code from the gr-ata module discussed above. To get the flowgraphs included in the "examples" folder of gr-ata working, here's a recipe of what you'll need (along with some installation tips discovered through trial-and-error). Note that the instructions below are written for Ubuntu users:

Below is a list of external GNU Radio modules that you should install following the instructions on the linked GitHub pages. One thing to keep in mind -- for the cmake step, in some cases cmake automatically installs the modules to the wrong location, resulting in a ModuleNotFound error. To prevent this, instead of running just cmake .. run the following command: $ cmake -DCMAKE_INSTALL_PREFIX:PATH={prefix} .. where the {prefix} can be found using the command $ gnuradio-config-info --prefix.

All of these modules (excepting gr-fosphor, which requires a GPU) have been installed along with GNU Radio version 3.8 on the gnuradio1 machine at the ATA.

For ATA observing, you will need to install code from the ATA-Utils repository (which I have done on gnuradio1 in my account); run the commands:

You should be good to go!

Using a very simple GNU Radio flowgraph, we can plot spectrum data from archival ATA data; below are some examples: 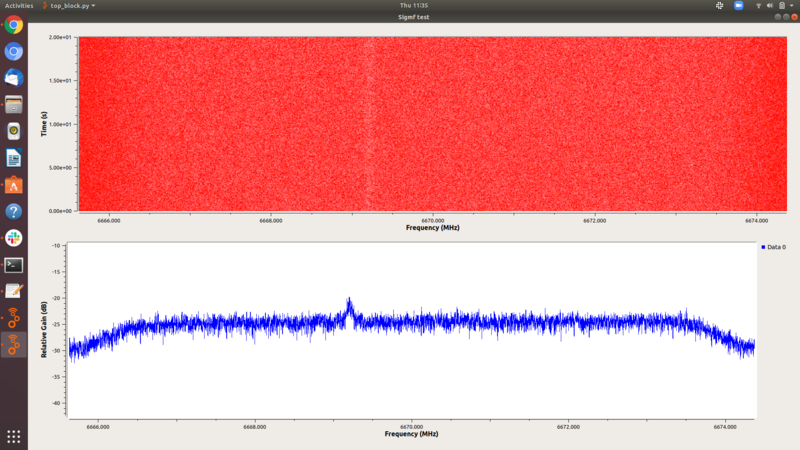 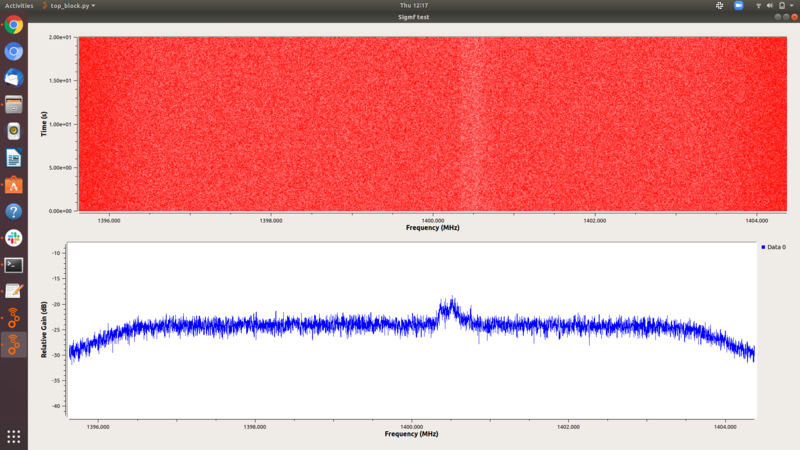 Figure 2: GNU Radio waterfall and frequency plots of the neutral hydrogen (HI) line in the direction of the pulsar psrb0329+54, also from 2010 ATA data.

By running commands from the ATA Python library ata_control (which was installed when ATA-Utils was installed, as described in "Setting up the Software"), you can point and track one or more antennas in the Allen Array.

Here's an example of how an observing session might go:

Note that if your script crashes before it gets to the release_antennas function call, you will need to open a python3 command prompt and run the command as follows:

This unlocks and stows the antennas.