Getting to Know the GRC[edit] 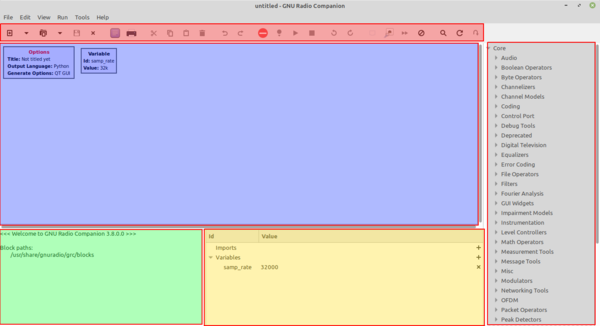 The tutorial is meant to be hands on, so please take a few breaks from reading here and there to experiment. We will reiterate that these tutorials are simply meant as guides and that the best way to learn something is to try it out: come up with a question, think of a possible solution, and try it out. Let us begin by starting up the GRC! This is usually done by opening up a terminal window (ctrl+alt+t in Ubuntu) and typing: 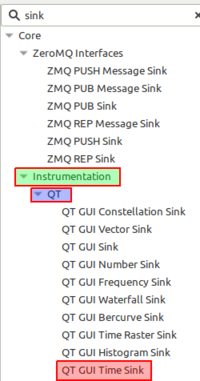 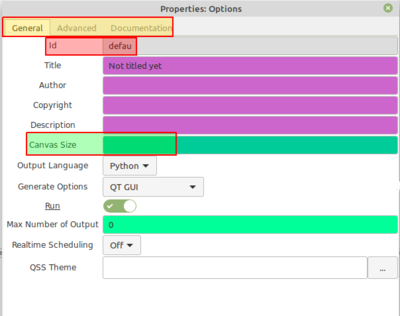 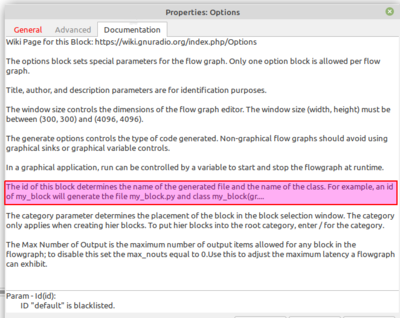 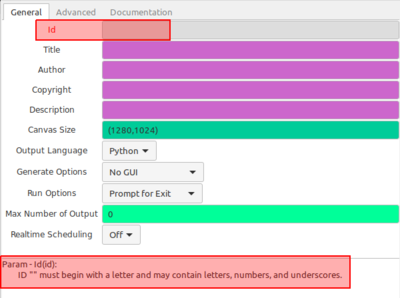 Certain parameters of a block can be modified during run-time. They are denoted in the Parameters section with (R) following the parameter name.

As shown in this screen capture, the parameters 'Taps' and 'Center Frequency' are underlined, denoting that they can be changed during run-time. 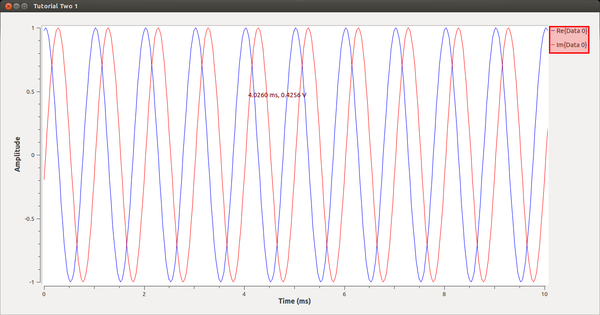 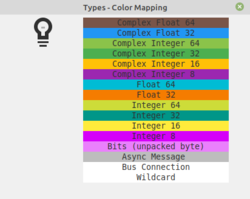 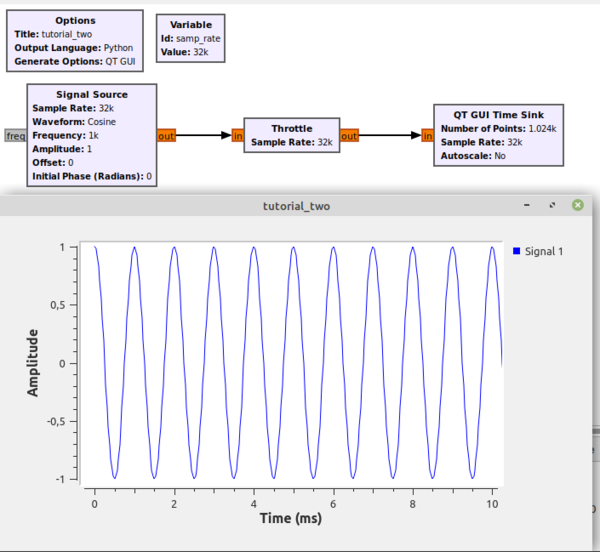