#5561. When a .grc file behaves differently due to being opened on different GRC version

1. Do research with community to understand what they do when this happens currently. I've put together a short survey to ask users for their experience of this situation, what behaviour was caused, how they dealt with it. Based on the results of that research we create some notifications with advice on how to deal with it. 2. Analysis of the survey quantitative data being done using a collaborative online whiteboard called Miro. You're welcome to leave comments on the Miro board. 3. Write the draft support documentation. Send it to the UX group and to the mailing list for contributions or comments. 4. Do UX design for notification.

This is all obvious!

- All participants experienced issues with both scenarios

- Sometimes it wasn't possible to fix the issue. If none of the suggested fixes work, they should be directed to the community for possible help

3. In some cases issues had several solutions

- In terms of troubleshooting an issue, this is an obvious statement to make, but it's useful when working out how to write/structure documentation for users.

- This means the best we can do is provide advice that might possibly duplicative advice, i.e. some causes might have similar troubleshooting paths, fixes.

3. Incompatibilities due to changes in block formats over different GRC versions

4. Appropriate alternative blocks not being available in older GRC versions 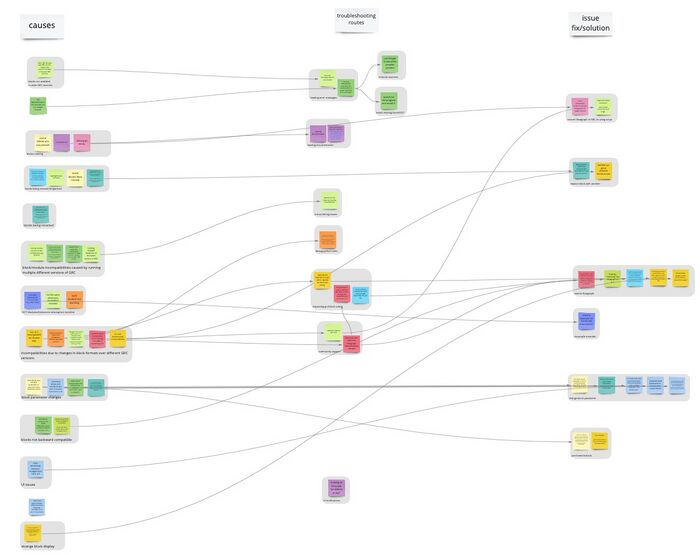 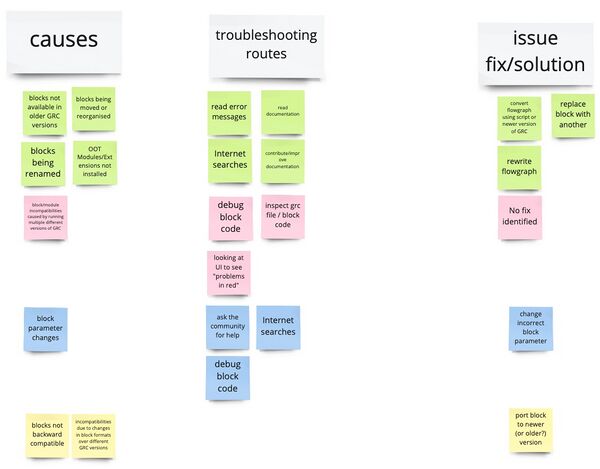 I've started a documentation page for this issue [here](https://pad.ei8fdb.org/p/gnuradio_github-5561). You're welcome to review it and make changes, improvements.

> A user opens a .grc file with an older (or newer) GRC version than the file was created on. When they do the .grc file behaves differently.

- Has the above scenario ever happened to you? - If yes, tell us about it. - How did you go about troubleshooting the issue?