This encoder performs a reduced complexity algorithm described by Richardson and Urbanke in Appendix A of their book: Modern Coding Theory. Compared to the block LDPC Encoder Definition (via Generator), this encoder requires orders of magnitude fewer operations to create each codeword. This is accomplished by completing a significant amount of the complex matrix manipulation (including inverse, multiplication, and Gaussian elimination operations) during preprocessing. The disadvantage of this encoder is that it requires a specially formatted matrix. However, GNU Radio includes python scripts to format a standard parity check matrix appropriately for this encoder, as well as a small library of encoding-ready matrices for use.

Parity check matrix
The specific format of this parity check matrix is described by Richardson and Urbanke in Appendix A of their book: Modern Coding Theory (ISBN 978-0-521-85229-6). The matrix can be loaded by creating a LDPC Parity Check Matrix block and using its Id in this field.

This flowgraph can be found at [1] 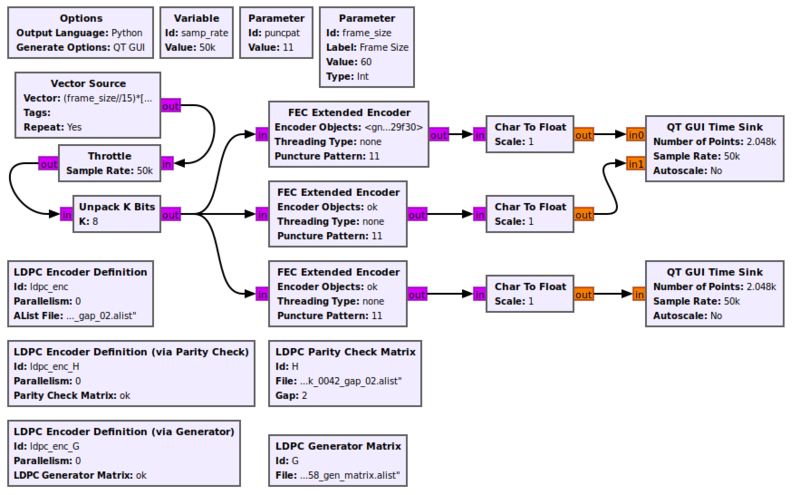