Adjusting the Sample Rate in GRC

We start with the flowgraph below:

This flowgraph generates a sine wave and plots it in time and frequency. A slider allows us to dynamically adjust the sample rate while we hold the frequency of the sine wave constant. 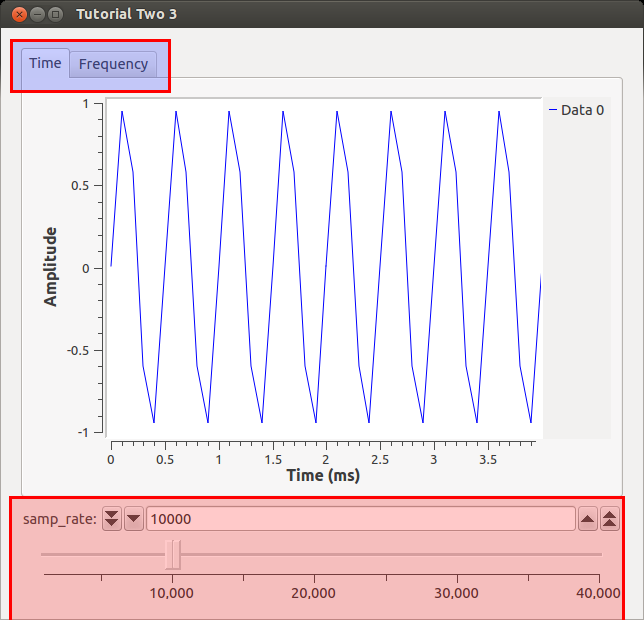 Our signal of the sine wave looks pretty bad with all those straight lines! What we can do is change the samp_rate variable without having to re-generate the flowgraph. Let's increase the samp_rate to the maximum by moving the slider fully to the right. Now we see the sine wave we would expect. 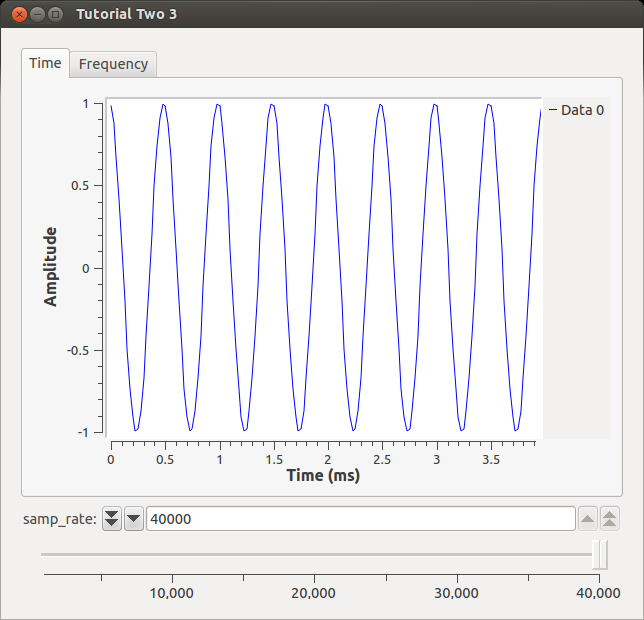 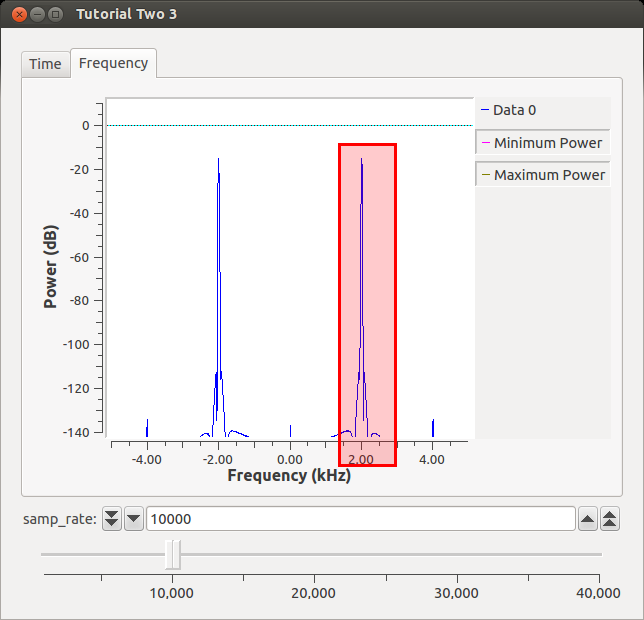 At a sampling rate of 10k, we are able to reproduce our original frequency (2 kHz). If we sample higher, we will still get a peak at 2 kHz. Nyquist tells us that once we sample at anything lower than 2*original_signal_freq, we will be unable to reproduce the signal. We read that in a textbook, though, so we are not convinced. Let's slide our samp_rate to 3.85 kHz. What happens to the Time waveform? 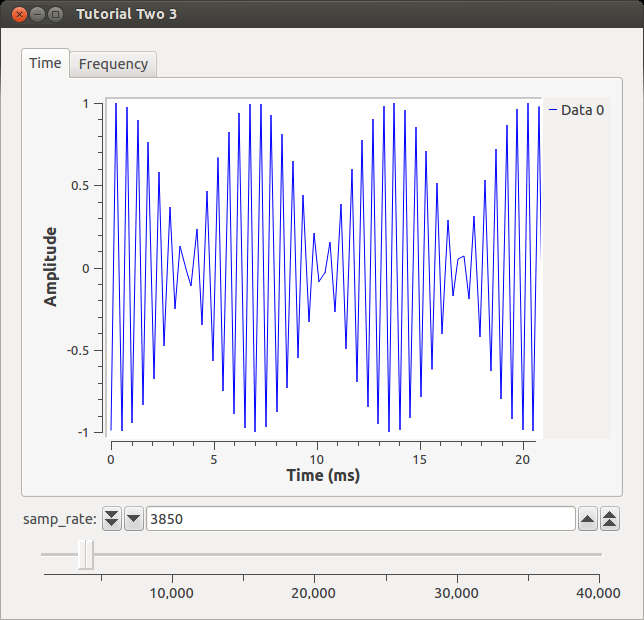 Well, it definitely doesn't look like a sine wave anymore, but our eyes can be deceived so let's turn to the FFT to get its frequency. 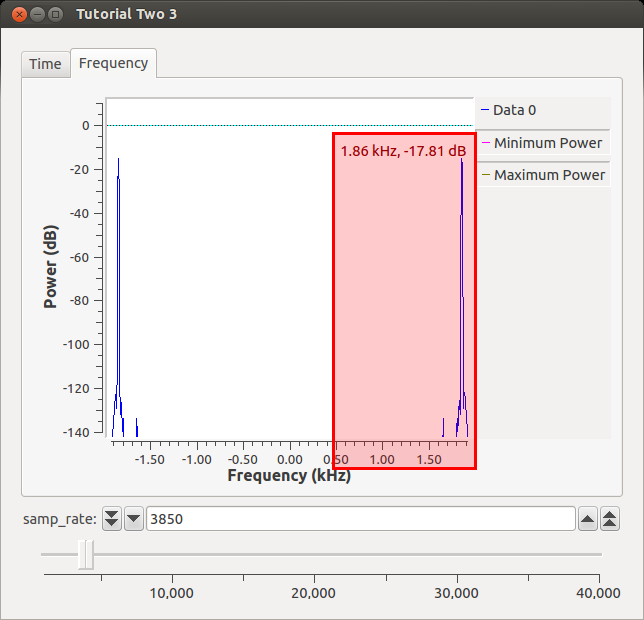 We see that the frequency is no longer at 2 kHz like it should be based on our input signal. Instead, since we are 0.15 kHz below the Nyquist rate, the signal has "folded-over" and is now 0.15 kHz below its actual frequency (my cursor was a little off :( ). This is simple sanity check that GNU Radio simulates DSP theory.

The following discussion is based on this flowgraph of a RadioTeleType (RTTY) receiver:

The Rational Resampler interpolates (multiplies) the sample rate by 500 and decimates (divides) it by 960 to produce an output sample rate of 500. For the RTTY rate of 45.4545 baud (the exact definition is 1/0.022), this produces exactly 11 samples per bit time.

Whereas the example above is fairly straight forward, timing controlled by a hardware sink must be analyzed by starting at the output and working backwards through the flowgraph.