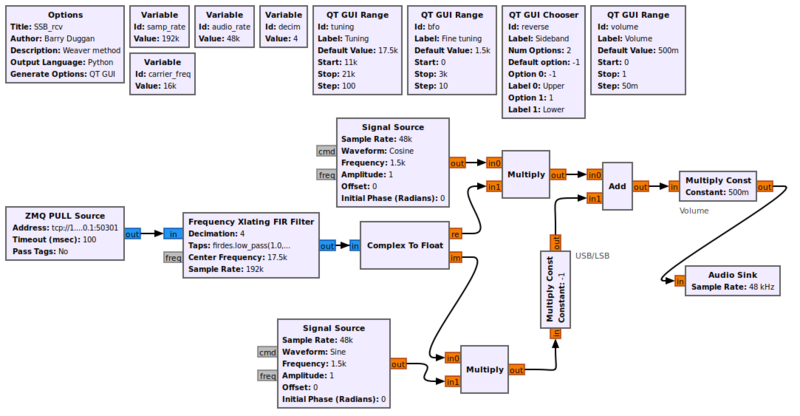 Since a Raspberry Pi has no audio input jack, there are three alternatives:

Speaking into the microphone should show a change in the pattern on the QT GUI Time Sink. The level of modulation can be adjusted with the transmit gain control. You should hear your voice from the speakers. The speaker volume can be adjusted with the receive volume control. Adjust the Fine tuning control until you voice sounds natural to you. Note that very small changes (tens of Hz) will make a difference in how it sounds. Then switch to the lower sideband and hear the results!