The input is a byte stream (unsigned char) and the output is the complex modulated signal at baseband.

Sensitivity
Given to the Frequency Mod
Default value = 1.0

This flowgraph has been created in GNU Radio 3.8. It shows an example of the GFSK Mod and GFSK Demod blocks in action. We GFSK modulate a 9-bit long bit stream '000111011', and then GFSK demodulate it. The input to the GFSK Mod block is in packed format, whereas the output of GFSK Demod block is in unpacked format. We can use the Repack Bits/ Pack K Bits block to convert the output from GFSK Demod to packed format. Both of these options are shown in the following flowchart. All three bit streams are compared in the QT GUI Time Sink block to make sure that they are the same.

When the flowgraph runs, we see that the red, blue and green signals are the same, meaning that the bit streams before and after the GFSK modulation and demodulation are the same.

In order to replicate the results shown below, make sure you do the following: 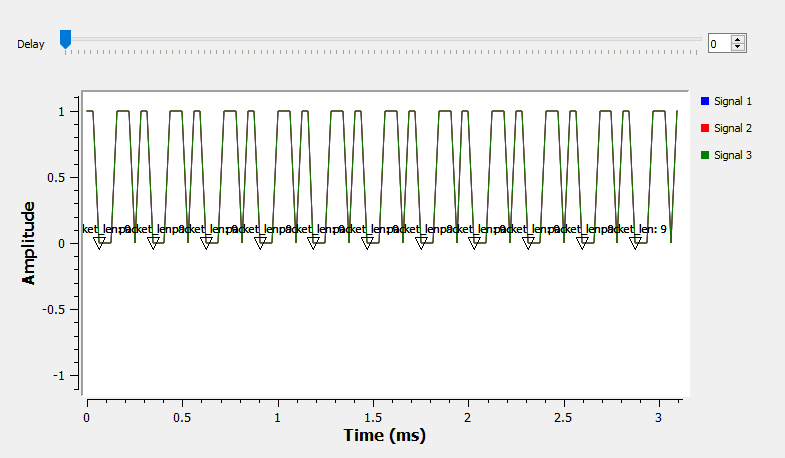