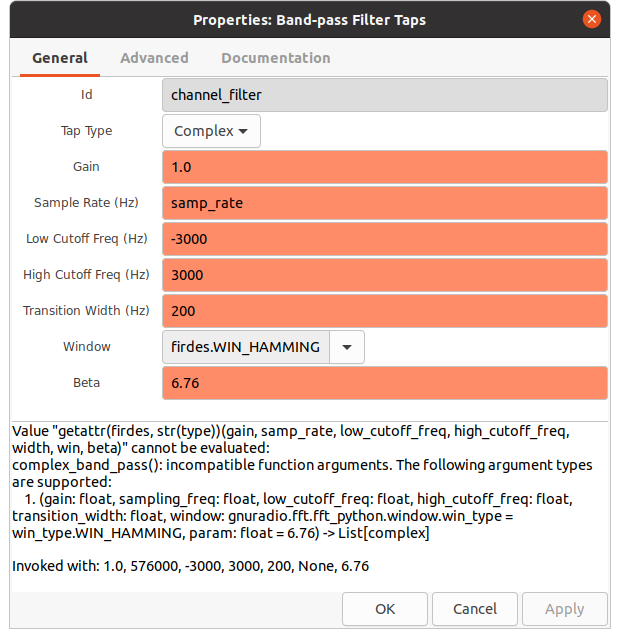 If a flowgraph from version 3.9 containing an Embedded Python Block is executed without regenerating it, there will be an error that the "<flowgraph-name>epy_block_0.py" file can not be found. This is due to the change in the naming convention between version 3.9 and 3.10 or master.

Because of the growing number of in-tree PDU blocks, all the PDU-related blocks have been moved from gr-blocks to gr-pdu, which causes a name change of the id. For example, if a flowgraph created to version 3.9 is loaded in GRC version 3.10, any PDU blocks, such as the "PDU to Tagged Stream", will show as a "Missing Block".

The remedy is to replace the block from the GRC Block Tree Panel.