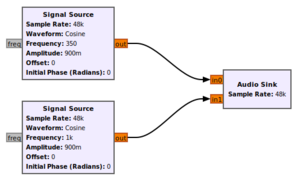 When saving streams to disk, the metadata can be saved as well (see also the Metadata Documentation Page).

The first is an asynchronous method to directly pass PDUs from one block to another. On a MAC layer, this is probably the preferred behaviour. A block could receive a PDU, add a packet header, and pass the entire packet (including the new header) as a new PDU to another block (see also the [message passing manual page]).