Code::Blocks is a widely used Integrated Development Environment (IDE) to develop C++ applications. This tutorial is supposed to give a howto get started using Code::Blocks with GNU Radio.
It is assumed you are using gr-modtool as described here and Code::Blocks is installed on your machine.

After you created your project folder etc. with gr-modtools there are a few steps to do.

Its value is a string with the path to your codeblocks executable. 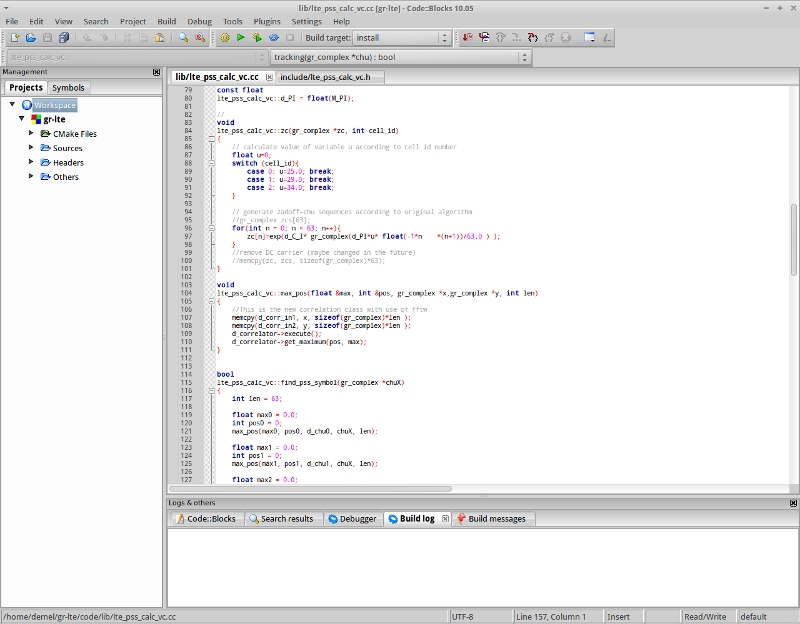